Jack Skilling, PGA is a 30+ year PGA member who has extensive experience in all facets of the golf business. Jack has been a full time PGA Teaching Professional, Head PGA Professional, and a PGA General Manager. Originally from the suburbs of Washington D.C. he has lived on the eastern shore for the past 18 years. Having been close to playing on the PGA Tour, Jack has extensive knowledge on what the important fundamentals are to having a good functional swing.  He loves to help players improve!

Some of Jack’s background highlights: 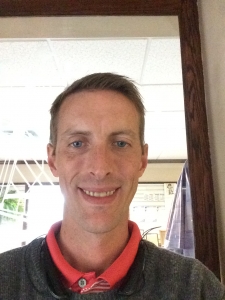 Mark joined the staff at Great Hope in the Spring of 2017. He is a 2013 graduate from the University of Maryland Eastern Shore, earning his Bachelors of Science while studying Professional Golf Management and Hotel Restaurant Management. In the Spring of 2014 Mark received his Class “A” PGA membership. His pursuit of continuing education and his ambition to become the finest PGA professional possible has lead him to numerous PGA Teaching seminars/summits and given him the opportunity learn from renown PGA professionals such as Sean Foley, Allen Wronowski, and Michael Breed. Marks instructional background ranges from individual lessons with scratch and double digit handicappers to children from the ages of 6 and up. He has been a lead coordinator/instructor of numerous Junior Golf Academies and has tutored 3 regional winners for the Drive, Chip, & Putt contest. His patience, attention to detail and his true desire to watch his students progress has made him a dedicated professional in his craft.